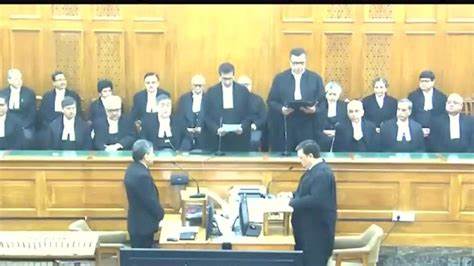 With the swearing-in of Justice Datta, the total number of judges in the apex court has reached 28 against the sanctioned strength of 34, including the CJI.