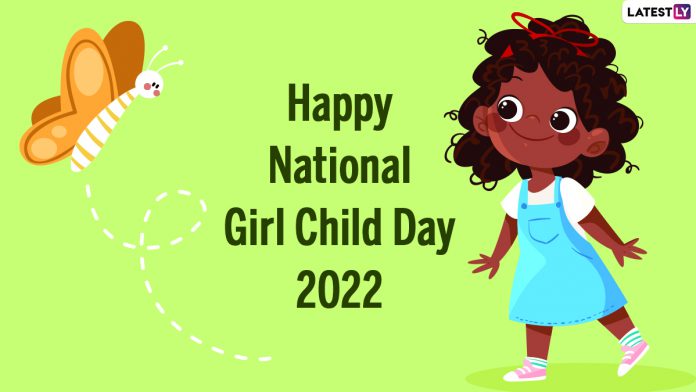 Children are God’s most beautiful creations. 24th January is celebrated as National Girl Child Day to create awareness of the importance of girl chil- dren in our society. In 2008, the Ministry of Women and Child Development initiated National Girl Child Day to promote the eradication of the gender discrimination faced by girls in various phases of their lives. The exis- tence of human life on the earth is impossible without the equal participation of both women and men. They are equally responsible for the survival of the human race on the earth.
In India the population of girls has been decreasing.
It’s a common practice in India where people abort or kill girl child on birth. But, they should be saved given equal opportunity, and respect and opportunity to go ahead in life. We need to understand that girls are our fortune. Socio-economic empowerment of women is essential for making informed decisions and for change of the mind sets. A healthy male-female ratio is a social need. While female foeticide is bad in itself, the fact that millions of girls are “missing” in India has profound human and social implications. A stronger law to deal with those resorting to sex-selective abortions needs to be enacted. The reasons for high number of incidence of female foeticide in India include a deep rooted tradi- tional son preference, continued practice of dowry and
concern for safety of the girl child and exploitation and abuse of women and girl children. In order to curb female foeticide and improve the sex ratio, a strong a multi-pronged strategy that includes legislative meas- ures, advocacy, awareness generation and programmes for socio-economic empowerment of women is needed.
Female foeticide is a shocking practice that has grown in the last few decades. Although the media and the gov- ernment have made attempts to highlight the negative impact of pre-natal sex identification and selective abor- tion, the practice continues as reflected in the declining sex ratio. For saving girl child the government has taken many initiatives and launched many campaigns to save them. Beti Bachao, Beti Padhao (Save the girl child) is the most recent initiative started by the government to actively encourage people to save the girl.
There’s a huge deficit of women because families fear the cost of raising a daughter. It is a commonly practiced tradition (despite being outlawed) that the bride’s family pays a large sum of money to the groom’s family at the wedding. Plus, women are generally not seen as bread-winners and or allowed to inherit wealth like men in some states. Sex-selection is now spreading to rural areas as the technology gets cheaper and enforcement of the law remains ineffectual. The imbal- ance in sex ratio may increase violence, including rape, against women. With many men remaining unmarried, prostitution will increase substantially. Media exposes of doctors providing sex-selection services and offering to abort girls are commonplace, but they have little overall impact because demand is too strong. Doctors and radiologists conducting, or soliciting parents for, sex determination tests can be imprisoned up to five years and fined up to Rs.50,000. Despite the PC & PNDT Act, the conviction rate is low and the selection of male child before conception and female foeticide continue to take place.
Despite rising levels of education, gender awareness and stringent pro-women laws, change has been slow and violence against women is increasing. Visionary leadership, stringent implementation of laws and a unit- ed effort to discourage dowry are the need of the hour.
Educational programmes encouraging parents to view daughters as no less valuable than sons need to be mounted. Time has now come to formulate an action plan to launch a campaign to change the mindset of peo- ple and to promote female child birth rate. A girl child deserves a life where she is treated as equal to a boy.
And she should be loved and respected like others.
[email protected]