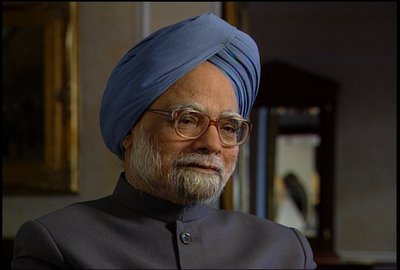 The Congress on Thursday hit back at Prime Minister Narendra Modi for attacking its party chief Malllikarjun Kharge over ‘Ravan’ jibe, reminding the BJP leader his comment on former PM Manmohan Singh in Parliament. Jairam Ramesh, AICC general secretary, communications, wondered whether there can be a “cheaper” and “crasser” comment by any prime minister on his predecessor.

“What about the numerous times he has insulted Smt Sonia Gandhi in the most awful language and the atrocious manner he mocked Dr Manmohan Singh in Parliament,” he said on Twitter.

“Should I remind Mr. Modi what he said on Feb 8, 2017 in Rajya Sabha about Dr.Manmohan Singh—that he knew the ‘art of bathing with a raincoat on’. Can there be a cheaper & crasser comment by any PM on his predecessor, and that too in the very temple of democracy?!” the Congress leader added.

His reaction came after the BJP intensified its attack on the Congress over its president Mallikarjun Kharge’s ‘Ravan’ jibe at Prime Minister Modi and said people will give a befitting reply to the opposition party. Referring Kharge’s ‘Ravan’ jibe at him, Prime Minister Modi said there is a competition among Congress leaders as to who will use the most abusive words against him. He said he’s amazed at Congress for not feeling any remorse about speaking bad about a prime minister.

“I am not amazed at Congress saying bad things about me. I am amazed that even after saying so many bad things, neither the Congress party nor its leaders have ever felt remorse or sad about it. Speaking bad about Modi, the PM of this country, they feel is their right,” he said.

AICC media in-charge Pawan Khera tweeted, “If you keep talking about our leaders and elders, then have the courage to listen too.”