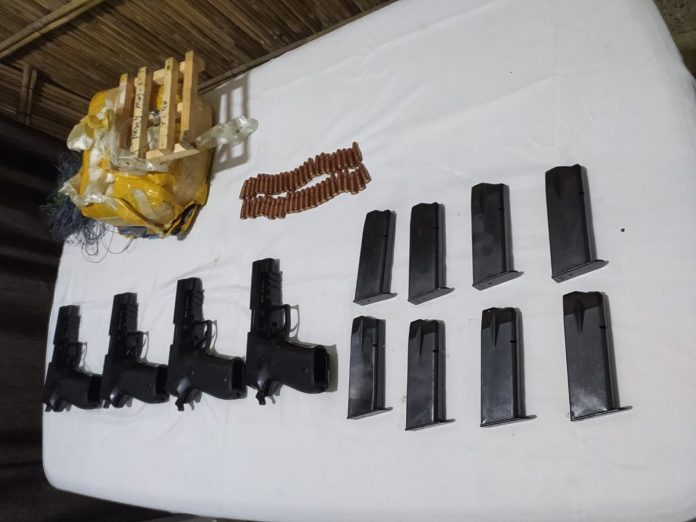 The Border Security Force (BSF) has seized a cache of weapons and ammunition possibly dropped by a Pakistani drone along the international border in Punjab, officials said on Wednesday.

The spokesperson said BSF troops heard the humming sound of a “suspected drone coming from Pakistan” in the Uncha Takala frontier village area of Gurdaspur district on the intervening night of January 17-18.

The BSF party fired towards the direction of the suspected drone and heard the sound of something being dropped to the ground, he said.

A search of the area, which is an agricultural field, led to the recovery of a packet containing four China-made pistols, eight magazines and 47 bullet rounds, the spokesperson said.