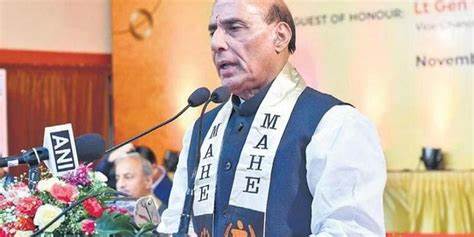 The bravery and valour displayed by the Indian armed forces during the Galwan valley clash and a recent face-off in the Tawang sector of Arunachal Pradesh are commendable and any amount of praise for them is not enough, Defence Minister Rajnath Singh said on Saturday.

In an address at industry chamber FICCI, Singh also took an indirect dig at Congress leader Rahul Gandhi for “doubting” the government’s handling of the border row with China.

“Any amount of praise is not enough for the armed forces for the way they displayed bravery and valour, be it in Galwan or Tawang,” Singh said.

“We have never questioned the intention of any leader in the opposition, we have only debated on the basis of policies. Politics should be based on truth. Politics cannot be done on the basis of falsehood for a long time.

“The process of taking the society towards the right path is called ‘rajniti’ (politics). I do not understand the reason behind doubting anyone’s intention always,” the minister said.

Now, India is working on setting the agenda on the world stage, he said.