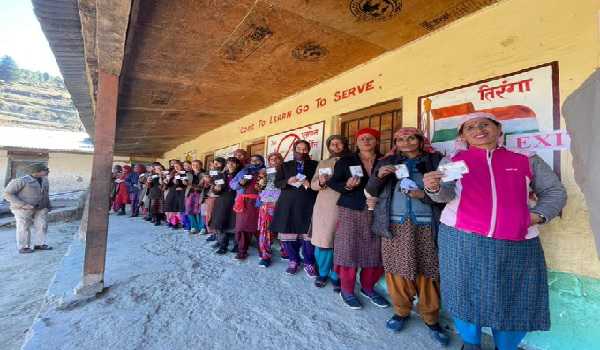 The counting of vote in the Himachal Pradesh underway as the early trends have shown a neck-to-neck race between the BJP and Congress.

As per the state latest report of Election Commission, Congress is leading in 32 seats, BJP also leading in 32, while independent 4 and AAP has not even opened any account.

In the 68-member Himachal Pradesh Vidhan Sabha, a party needs 35 seats to form the government.

The counting of votes for Himachal Pradesh assembly elections started at 8 am in 68 counting halls spread across 59 locations.

Of 55 lakh voters in the state, over 75 per cent voted in the November 12 election to elect its 68-member assembly and government.

A total of 412 candidates are in the fray in this election.