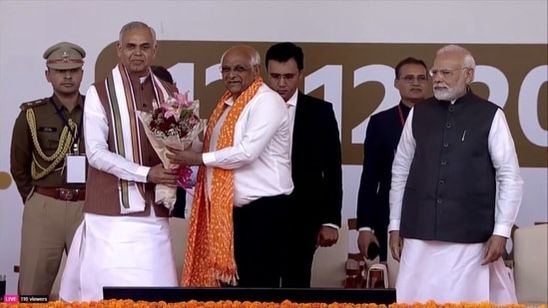 Bharatiya Janata Party (BJP) leader Bhupendra Patel on Monday took oath as the Chief Minister of Gujarat for a second straight term in Gandhinagar in the presence of Prime Minister Narendra Modi.

Patel was administered the oath as the 18th chief minister by Governor Acharya Devvrat at a function held at the Helipad Ground near the new Secretariat.

In the just-concluded Gujarat Assembly elections, counting for which was held on December 8, the BJP won a seventh straight term by winning record 156 seats in the 182-member House. The Congress won 17 constituencies and AAP 5.