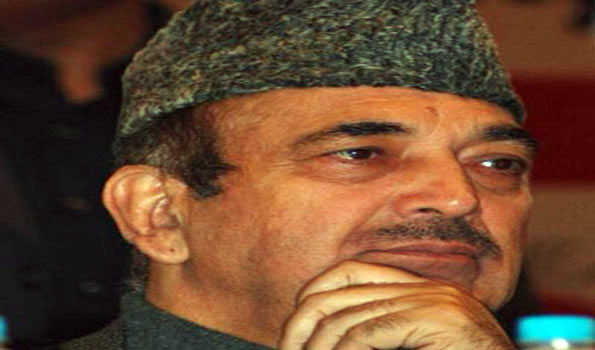 Srinagar :  Democratic Azad Party led by former Chief Minister Ghulam Nabi Azad on Wednesday hailed the Supreme Court decision to have an early hearing on the pleas challenging the abrogation of special status of Jammu and Kashmir.

In a statement issued here, DAP spokesman Salman Nizami said that the party is welcoming the decision of the Supreme Court.

The spokesman said that the party Chief Azad has been stressing for early hearing from day one.

“We believe that the Supreme Court would give justice to the people of Jammu & Kashmir and safeguard their interests,” he said