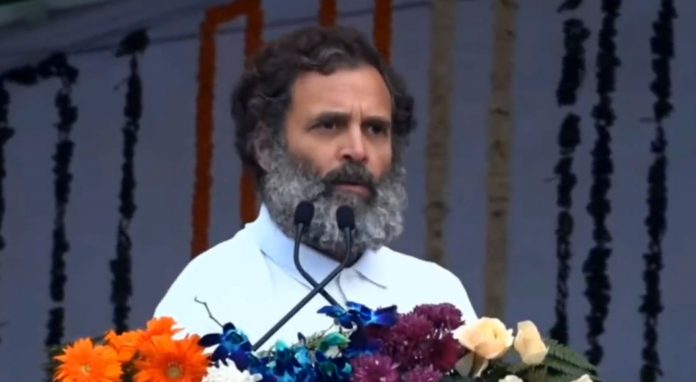 Congress leader Rahul Gandhi on Friday launched a scathing attack on the BJP-led government at the Centre over a host of issues, including the Agnipath scheme and GST.
Addressing a public meeting here as part of the Congress’ Bharat Jodo Yatra, he also said there are two Indias — one of farmers, labourers, small shopkeepers and unemployed youth and the second of 200-300 people who hold the country’s wealth.

The yatra led by Gandhi reached here from Uttar Pradesh on Thursday evening.
The former Congress president also hit out at the BJP-led Haryana government over the state’s high unemployment rate.
“In the 21st century, Haryana is the champion in unemployment, you have left everyone behind,” Gandhi said when someone in the crowd said the state has an unemployment rate of 38 per cent.
Gandhi said demonetisation and Goods and Services Tax (GST) were not policies but weapons to destroy small and medium businesses.