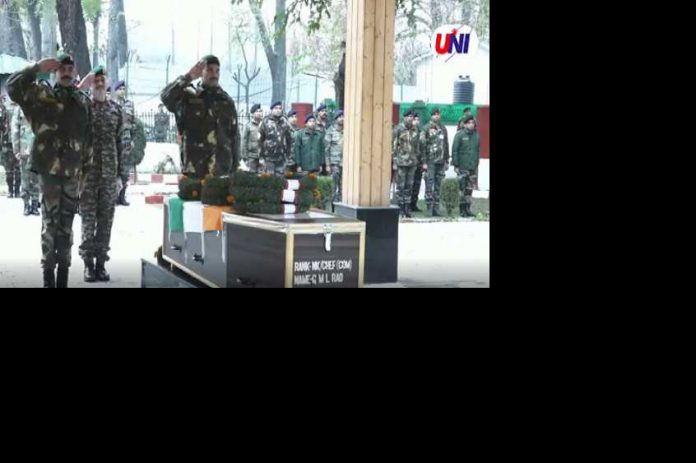 Srinagar : Army on Sunday paid rich tributes to the three soldiers who died in snow avalanche near the Line of Control in Machhil sector of Kupwara district, officials said.

Three soldiers were killed in an avalanche during a patrolling close to the Line of Control in Kupwara district of Jammu and Kashmir on November 18.

“All three bravehearts were air evacuated to 168 MH, Kupwara, however, could not be revived and succumbed to their medical conditions at the Military Hospital,” a defence ministry spokesman said.

They said that Lt Gen ADS Aujla, Chinar Corps Commander, and all ranks paid homage to the soldiers in a solemn ceremony at Badami Bagh Cantonment, army spokesman said and added the Army stands in solidarity with bereaved families and remains committed to their well being.