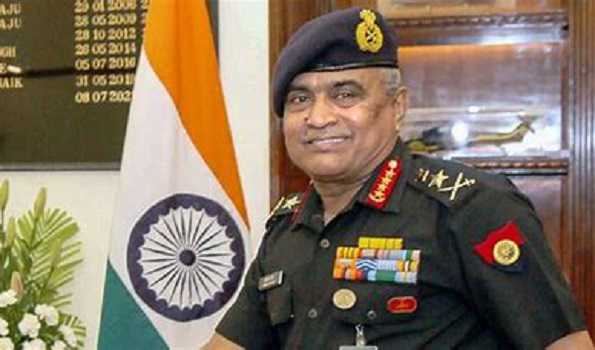 Srinagar :  Army chief General Manoj Pande lauded the stellar role played by the Rashtriya Rifles- the counter insurgency force of the Army- in restoring and preserving peace in Jammu and Kashmir.

The Chief of the Army Staff said this through video conference while addressing the 12th Rashtriya Rifles Biennial Conference which was held at Srinagar from November 25-26. The Conference was hosted by the Srinagar based sensitive Chinar Corps of the Army.

The conference was chaired by Army Commander Northern Command, a defence spokesman said.

In his address, the Chief of Army Staff lauded the stellar role played by the Rashtriya Rifles in restoring and preserving peace in Jammu and Kashmir and extolled its contribution towards inclusive development and in nation building.

The Army chief outlined the present and future focus of operations aimed through people friendly operations.

He further emphasized upon the need for avoiding collateral damage and ensuring the dignity and human rights of the Awam at all times.

He appreciated the role being played by the Rashtriya Rifles battalions in the counter infiltration role along the Line of Control.

“The conference identified contemporary challenges to the Rashtriya Rifles at operational level, the need to re-organise and train for these in the realm of both counter insurgency and conventional threats,” the spokesman said.

Brainstorming sessions were held for enhancing the operational efficiency.