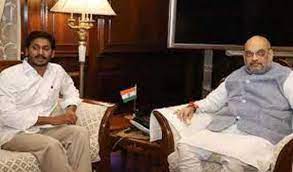 During the 30-minute meeting, the chief minister reiterated the pending demands related to the AP Bifurcation Act, and early release of some funds on an adhoc basis for completion of the Polavaram irrigation project, according to official sources.