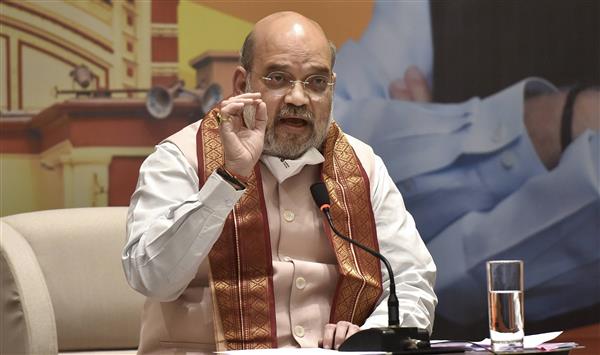 Union Home Minister Amit Shah on Wednesday said the battle against drugs was delicately poised and urged states to fight the menace together with the Central Government, keeping aside politics.
Responding to a short-duration discussion in the Lok Sabha on the drug-abuse problem in the country and steps taken by the government to control it, Shah said the Modi Government has zero tolerance policy towards drugs and vowed to put behind bars drug traders, howsoever big, in the next two years.

“We have mapped the drug network across the states. No matter how big the criminal is, in the next two years there will be a situation that they will be behind bars,” Shah said.
He said the issue of drug menace is a serious one as profits from this trade are also used to finance the acts of terror.
He said the presence of dirty money also destroys economy and the Government will leave no stone unturned in achieving the target of drugs free India.
Shah said Rs 97,000 crore worth drugs were destroyed between 2014 and 2022 while Rs 23,000 crore drugs were seized between 2006 and 2013 and the Government will carry forward its campaign against drugs with gusto.

On the seizure of 3,000 kg drugs in Gujarat, he said it was a reflection of the State Government’s pro-active action against the menace. He said all those involved in the smuggling of the drugs were arrested.

The source of drugs was traced to some Gulf countries and action has been taken to ensure that the factories have been shut down, he said, adding the consignment was seized due to the scientific surveillance mounted by the Customs department and allied agencies.
Referring to the row over the powers given to the border guarding forces to register cases along the international borders, the home minister said those who were making political issues out of it were supporters of drug trade.