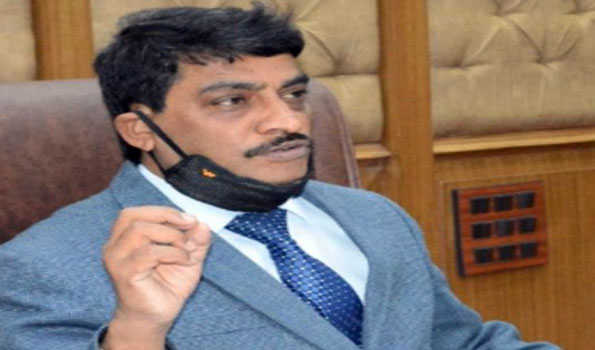 Srinagar :  Jammu and Kashmir Chief Secretary Dr Arun Kumar Mehta on Friday directed officers to make all the services provided by them online from January 15 next year, an official spokesman said.

Dr Mehta on Friday impressed upon all the offices to make all the services online provided by them by January 15, 2023 next year in the Union Territory of Jammu and Kashmir.

He made these remarks while reviewing the performance of the IT Department in a meeting here today.

Dr Mehta directed the officers to prepare a list of all the services provided by the departments. He asked them to separate the services still offered in offline mode and prepare a roadmap for offering them in online mode with end to end digitization by January next year.

He exhorted them to advise the departments to conduct a security audit of their respective websites forthwith without any fail.

He told them to extend handholding to these departments to comply with the direction. He asked them to frame a list of offices that fail to conduct this audit so that action is initiated against those responsible.

The Chief Secretary also emphasized on the need of synchronizing the services with auto appeal as per the provisions of Public Services Guarantee Act.

He also asked them to put all the services on e-UNNAT and Service Plus for their availability from a common platform for the ease of seekers around the length and breadth of J&K.

He enjoined upon them to look for increasing the number of CSCs/Khidmat Centres to take services closer to the doorsteps of people besides generating employment for youth. He advised them to link them with Banks for financial support and other benefits.

He also directed them to notify the rates for different services which are uniform across the UT and suitable for both the service providers and seekers as well.

The meeting was attended by the Commissioner Secretary, IT Department; Scientists from NIC and other officers of the department.