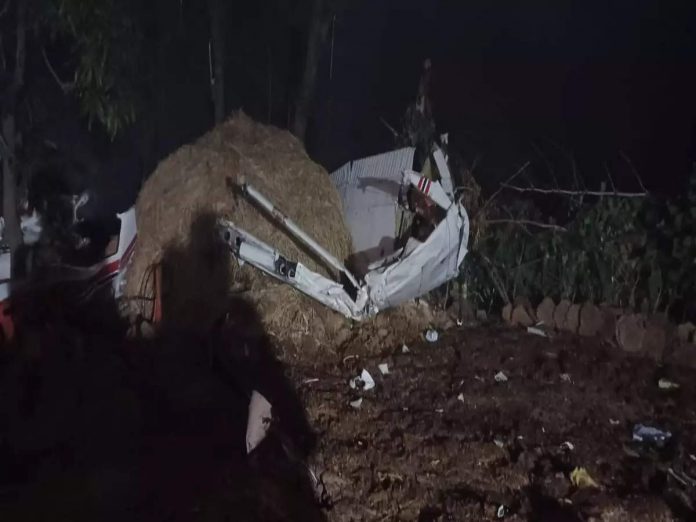 One pilot died and another was injured after the plane they were flying in crashed into a temple in Rewa of Madhya Pradesh in the early hours of Friday, police said.
The mishap took place early this morning and the flight was a training flight, Rewa SP Navneet Bhasin said.
The aircraft of a private company was taxiing from Chorhata Airstrip, when it crashed after colliding with the dome of a temple in Dumri Village of Rewa district.

“The plane collided with a temple during training, one pilot has died, and the other is injured and is being treated at Sanjay Gandhi Medical College,” Navneet Bhasin, SP, Rewa said.
A team of police personnel reached the spot. Prima facie, bad weather and fog condition prevailing in the area are being attributed as the reason for the crash.
Further information is awaited.