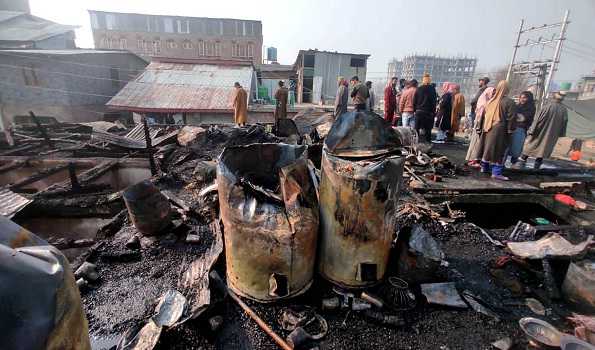 At least seven residential houses were damaged while a teenager and a fireman were injured in separate fire incidents in Srinagar on Thursday.

Fire and Emergency Service officials said that fire broke out at Mansoor Colony Bemina at 3.6 am today in which three single story residential houses were completely damaged. Windows of two other adjoining houses were also damaged in the fire incident, he said.

A fireman identified as Mehraj-u-Din and a teenager Asif Ahmad Ahanger were also injured during the incident. The teenager, who received burn injuries, was shifted to Sher-e-Kashmir Institute of Medical Science (SKIMS) Soura for treatment.

The cause of the fire is believed to be due to the electric short circuit, he added.

Two other residential houses were also damaged at Shangpora Habbak and Zafran colony Mehjoor Nagar in different fire incidents. However, no one was injured.