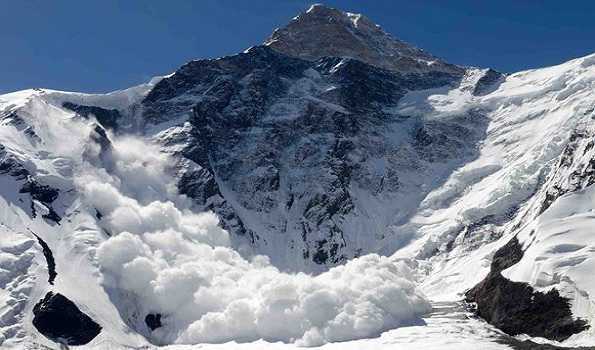 Srinagar : Three soldiers were killed in an avalanche during a patrolling close to the Line of Control in Kupwara district of Jammu and Kashmir on Friday, Police and defence officials said

Police said the incident took place in Machil sector of the district at around noon and three jawans of Army’s 55 Rashtriya Rifles died in the line of duty.

Srinagar based defence spokesman Col Emron Musavi while giving details said a snow slide struck a patrol party in Machil following which a search and a rescue operation was launched.