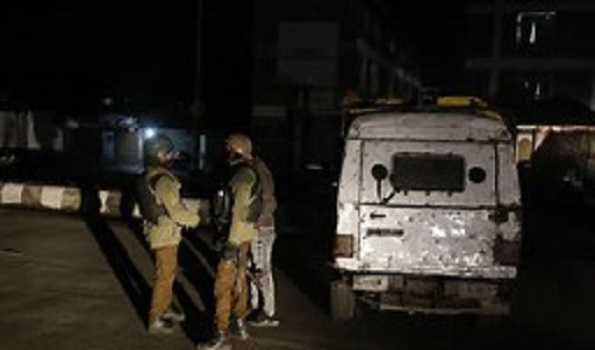 The incident took place in the Rakh-Momin area of Anantnag.

“Terrorists fired upon & injured two outside labourers in Rakh-Momin area of Anantnag. Both the injured are being shifted to hospital for treatment,” a police tweet said.

The identities of the injured could not be established immediately.

The area was cordoned off by the security forces to trace the attackers.

This the fourth attack on non locals and minorities in Kashmir in nearly one month.

On October 18, two non local migrant labourers from Uttar Pradesh were killed in an overnight grenade attack in Shopian district of Jammu and Kashmir.

The attack came three days after a Kashmiri Pandit was shot dead in the district .

On November 3, militants shot and injured two non-locals, one from Bihar and another from Nepal, who were working at a private school at Bondialgam in Anantnag.

There has been a spurt in targeted attacks on non locals and minorities in the last few years, especially after the Centre scrapped J&K special status in August 2019.

Put an immediate halt on the bulldozers in J&K : Omar